Composer and multi-instrumentalist, Hari Sivanesan is a unique representation of the new generation of Indian classical-contemporary artists of international acclaim. He was born and trained in the UK and brings his Sri Lankan, Tamil heritage, South Indian and Western classical music training together.

Years of classical training, and contemporary mentorship has evolved his practice, performance style and mindset to negotiate both the austere classicism of the South Asian arts with researched, experimental and contemporary work in the UK and internationally.

Hari  is one of the UK and Australia’s most acclaimed Veena Artists. Having trained under Gurus Smt Sivasakthi Sivanesan at the Bharatiya Vidya Bhavan in London, won a scholarship with the Asian Music Circuit. This precipitated the meeting of his next Guru, late Smt Kalpakam Swaminathan in Chennai, with whom he trained for numerous years, in the gayaki style of playing and particularly in the compositions of 18th century composer Muttuswami Dikshitar. He has, since his teens, toured extensively as a soloist and accompanist across the UK, Europe and the States.

Hari was chosen at age 13 by sitar Meastro, Pandit Ravi Shankar to record on his Chants of India CD, produced by the late ex-Beatle George Harrison. The catalysed a relationship to work on other projects including Concert for George, The Festival of India III concert tour amongst others.

Hari was chosen by BBC Radio 3 as their Would Routes Mentee to produce and present a series of radio programs presenting Carnatic music, Indian and Sri Lankan arts and culture to UK radio listeners. He mentored under and worked with Smt Aruna Sairam, sharing a stage with her at the BBC Proms 2011 (the first time Carnatic music featured at the Proms). He has played in Darbar UK, various WOMADs, worked arranging and composing with the Royal Opera House and Royal Ballet amongst others.

Hari has played, sung and composed for Bharatanatyam and Kathak extensively in the UK and Europe since his teens. Hari is passionate about ,and has worked to, create pathways for the younger generation of diaspora with unique projects such as Casey Pathways and Sangam Festival. Hari is a unique testament to the fact that Carnatic music and culture can be instilled without hailing from a family of musicians and having been brought up in the West. This unique vantage allows his teaching of Veena in Melbourne to be unique, committed, rigorous and yet light hearted. 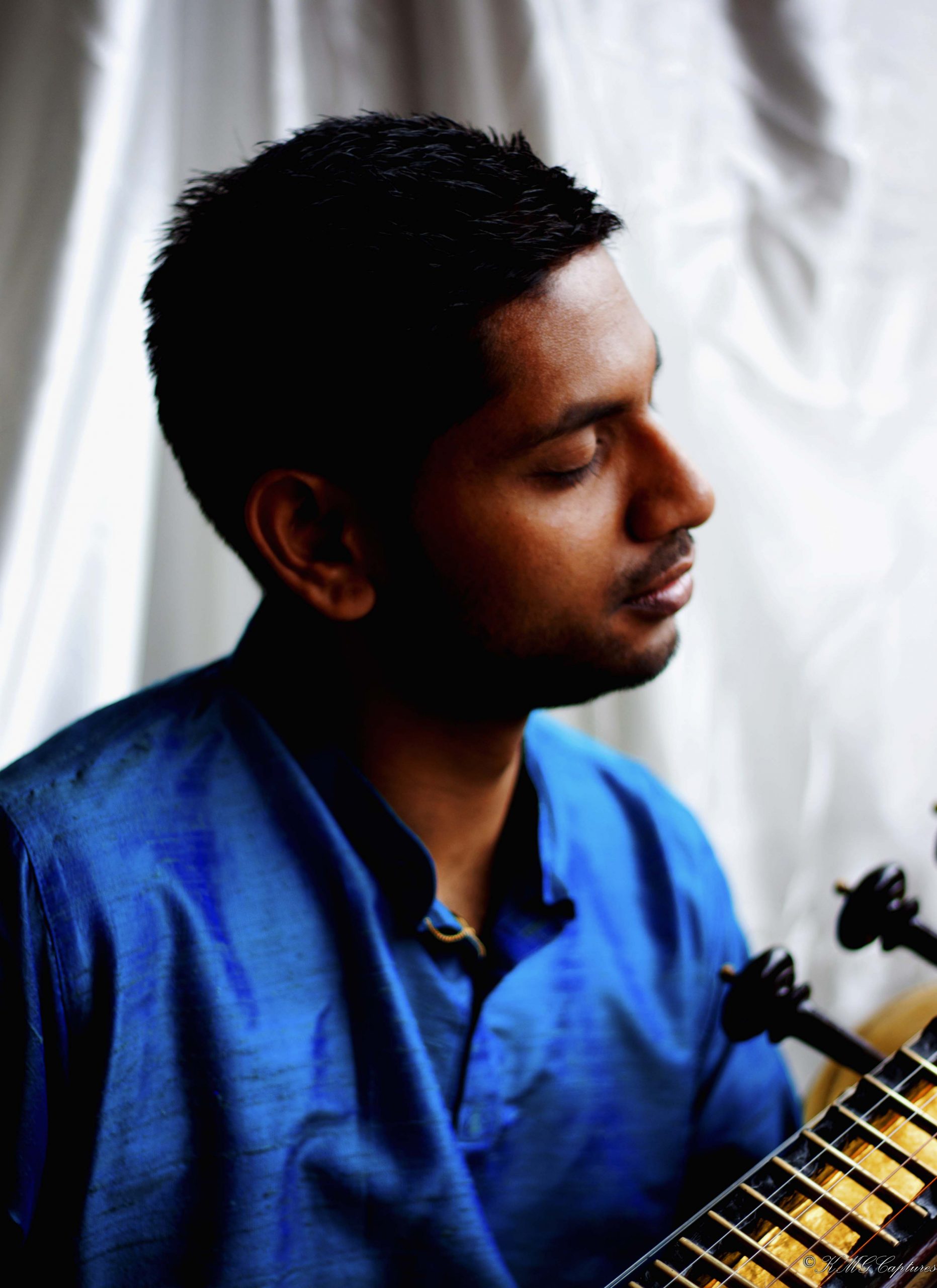 His dancing fingers sliding expertly up the veena’s frets, it didn’t take long before the audience was transfixed – Theclassicalsource.com

At BBC Prom 58, Hari Sivanesan’s Kāla, Sanskrit for ‘time’, combines, through written and improvised sections, folk and classical Carnatic genres. This enjoyable piece depicts the lullaby of life, its struggles and finally a sense of hope. — Theclassicalsource.com

Hari’s instrumental style was fluent and expressive, and the ragas performed had an earthy eloquence. – The independent

Sivanesan, an exponent of the veena, sat cross-legged to begin the concert with an 18th-century instrumental that started with drifting flurries and built into a confident, driving piece showing his improvisational skills. – The Guardian

Then at last Sivanesan and Sairam played together, passages in which the veena provided the backing as Sairam demonstrated her rapid-fire vocal improvisation, or changed direction for a soulful piece praising a temple; in other passages, voice and veena slickly echoed phrases back at each other. An impressive set, though it would have been good if Sivanesan had been allowed to show off his own fine voice. – The Guardian

The solos on the latter were full of surprises for those with active imaginations; Hari Sivanesan’s workout on the fretted veena nearly seemed to veer into an American country music groove. – Variety.com

Cracker number seven for the year has to be Hari Sivanesan, who plays the veena – irresistible! – www.spectator.co.uk

Best of all were the passages where Puente’s sturdy, confident playing was used to back Sivanesan’s powerful singing. – The Guardian

Scratch combo of Hari Sivanesan with Omar Puente and others were sublime, performing wonderful tunes on veena, fiddle and percussion–

Ears and eyes came alive when Hari Sivanesan, one of the UK’s most acclaimed veena artists, came on stage and took his place on the floor in among the strings of the Northern Sinfonia to play his own composition. We were all transported by this soulful lullaby – The Telegraph